It’s about time you meet the Eggums. If you are a 24SevenSocial customer, you might have run into one of these guys.

The story starts on a rainy day in Copenhagen. Apple has just launched the iPad. The 72 year run of the soap opera The Guiding Light ends as its final episode is broadcast. In The New Theater in Copenhagen David Plouffe, Barack Obama´s campaign manager in the 2008 presidential rally, is  giving an extraordinary key note to a packed audience. Among the audience is the 53 year old Norwegian serial entrepreneur Olav Eggum. Olav was about to sell his shares in the online project management software Projectplace and was enjoying life.

David Plouffe described how the power of social media had made Barack Omaba President of the United States. Olav Eggum was stunned. This world was new to him. He needed to know more.

Olav jumped on the plane back to Norway and had a drink with Vegard Eggum, his youngest son. Olav was overenthusiastic about how Obama had managed his campaign and was eager to start a new venture in the social media sphere. Vegard and Olav agreed to dig into the world of Facebook. Vegard ordered a bunch of books. Olav finished his drink.

Olav wanted Vegard to leave his full-time job as a rockstar to be, and join a new venture. Vegard agreed on one condition, Olav had to give him a promise: They should never compromise on the business culture. The company should always be filled with passion, honesty and fanatical support. Olav promised. A few weeks later 24SevenSocial was born in the Eggums hometown, Kongsberg.

The first move of the Eggums was to get a third Eggum on board. The oldest son, Erik Eggum, was the obvious CEO for 24SevenSocial. In the strict regime of Erik, they built a CMS for Facebook presence and the customers started rolling in. Why, is some sort of a mystery. The Eggums never had time to sell nor market 24SevenSocial. The common conception among the 24SevenSocial employees is that the good karma of the Eggums made things happen in those early days.

24SevenSocial is still headquartered in Kongsberg, a city founded on silver mines and has given the world superstars like A-HA´s Morten Harket, the psychic Marcello Haugen and the ski jumping brothers Asbjørn, Sigmund and Birger Ruud. In the last year 24SevenSocial has opened offices in Oslo, Stockholm, Helsinki, Amsterdam, Sofia, Bangalore, London and Berlin. Nevertheless the Eggums remain the soul, heart and backbone of the company serving as Chairman, CEO and Product Rockstar. 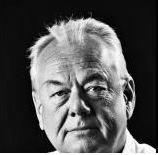 Don´t be fooled by the dull picture. Olav is most likely one of the youngest old men out there. Its somehow strange, but Olav is the one keeping us all updated on new technology and trends. Spending lots of his time crawling social media and keeping up with all the new tech stuff.

Most heard from Olav is “check this out”, “anyone know this guy?” or “need another drink?“. Olav is always eager to pursue new business opportunities.

Want to be Olav’s friend? 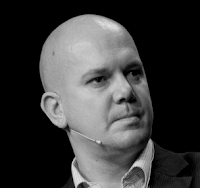 Someone has to fix everything. In 24SevenSocial, Erik is the one. He probably knows everything that goes on in the company. Being the older Eggum-brother, Erik keeps a friendly, but strict eye on all of 24sevensocials, including his own family. Erik’s management strategy is to make sure all employees are having a tremendous time at work, but never letting a single customer down.

Want to be Erik’s friend?

Vegard´s goal in life is to befriend every single person on the planet. The only thing holding him back from meeting that goal is that he has trouble breaking up from the people he meets. He thinks all people are nice so he simply tends to help them until they´re happy. In 24SevenSocial, Vegard is the product champion. He is probably the individual in Norway that has built the most Facebook apps.

Vegard spends most of his time outside social media on music. Check out one of his music videos below. It’s the last one he made before joining 24SevenSocial.

Want to be Vegard’s friend?

Vegard is the guy tree climbing lead singer with the cool sun glasses.

Ready to manage your Social presence with less stress and efforts?

Yes, start my 14-day FREE trial
No, thanks, I'll do it the hard way