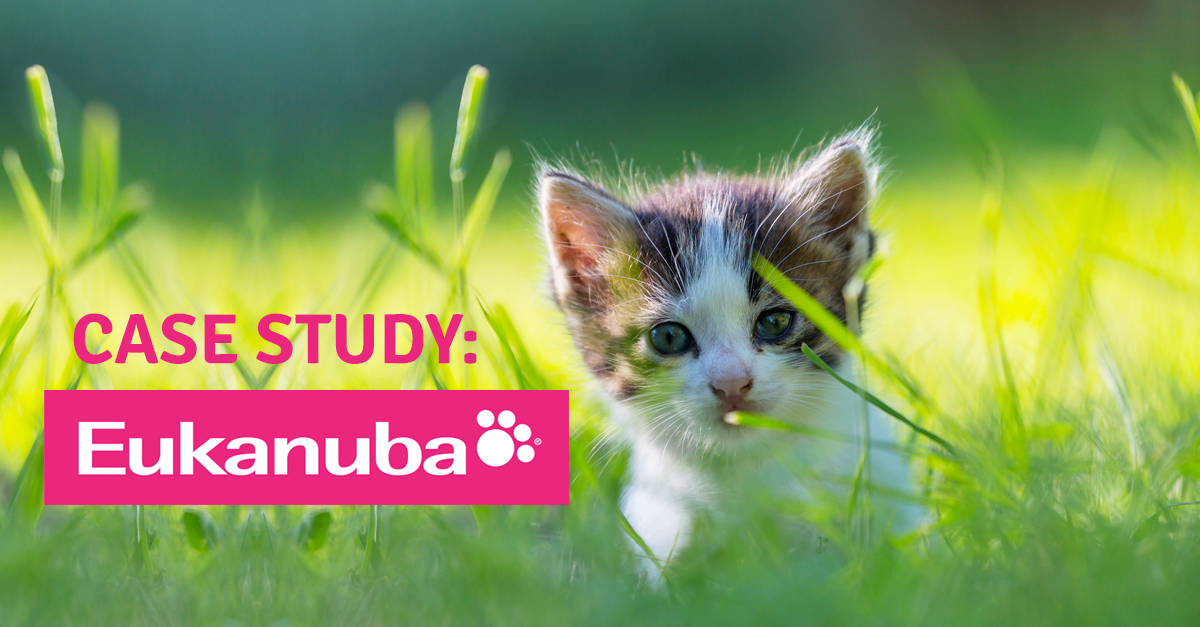 Eukanuba wanted to increase the awareness of how quality pet foods can make a difference for the health of your pets. And they wanted to do it in a way that focused on the love we share for our four-legged friends.

Eukanuba is one of the world’s leading brands for premium pet foods.

The campaign was run in two periods, one for dogs and one for cats. In the respective period, we used Facebook Ads, newsletters, and in-store promotions to invite cat- and dog owners to visit the campaign site. The campaign site was built with a Facebook app on the Eukanuba Norway Facebook Page. People shared pictures of their pets, and distinctive ”I <3 my dog” and ”I <3 my cat” buttons were automatically added onto uploaded pictures. This made it both very personal, and strong statements to the love for our pets.

Visitors could vote on the pictures they liked the most. In the end, the winner of a year’s supply of cat- or dog food were the two pictures (one for dog and one for cat) with the most votes.

Eukanuba handled the majority of the campaign themselves, with 24SevenSocial’s tools for Page Publishing, contests and landing pages. Ads were handled in a joint effort by Eukanuba and 24SevenSocial.

The Success and Key stats

I love my dog

I love my cat

A national campaign that was well received, and got Eukanuba tangible results like 3000 new email addresses to communicate with. Based on the success, Eukanuba now has spin-off products such as buttons, key chains and t-shirts sold at retailers.

“The idea, the concept and 24SevenSocial made this a successful campaign where cat- and dog owners engaged with our brand like never before.”
– Ann-Cathrin Piela, Marketing Manager Eukanuba & Iams.